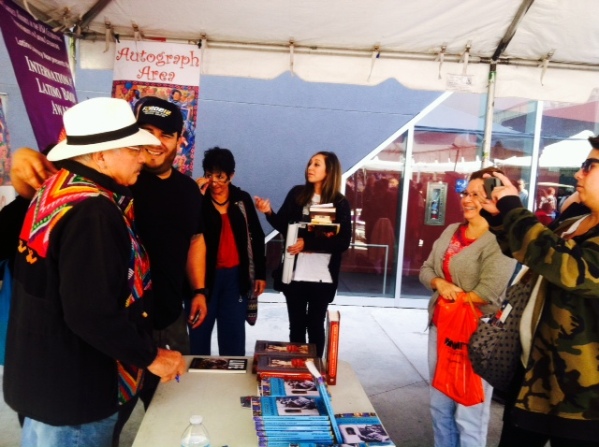 The Los Angeles Latino Book and Family Festival took place yesterday at East Los Angeles College. Even though the weather was chilly by LA standards, many came to check out this fantastic cultural and family event.  I was excited to partake in a Q&A session with noteworthy children’s authors, René Colato Laínez and James Luna, as well as other indie authors like myself.

René Colato Laínez shared he was celebrating ten successful years as a published children’s author. I’ve read many of his picture books and I use them often in my classroom. I even bought a copy of his latest, Señor Pancho Had a Rancho, a fun twist on Old McDonald Had A Farm with a Latino flair. 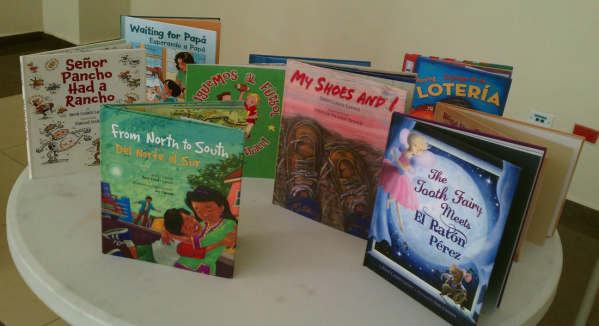 James Luna has written two picture books and both have been well received.  The Runaway Piggy also received the Tejas Star Book Award – Wow!  The coolest thing about meeting these two successful children’s authors is that they are both teachers and have over 20 years of teaching experience. Imagine how amazing it must be to be a student in their classrooms. I would love to be a fly on the wall to see how they motivate their students during Writer’s Workshop. 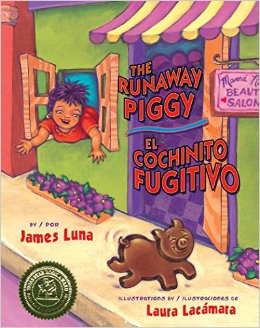 After the Q & A I got to sell and sign alongside these two gentlemen.  The author sitting to the left of me, Juan Villegas, shared that he couldn’t believe he was sitting next to the Victor Villaseñor, a Mexican-American writer, best known for the New York Times bestseller novel Rain of Gold. I giggled because I understood what he meant. Juan and I looked at the super long line of fans waiting to meet and have their book signed by Victor Villaseñor because we were more than happy to sell a few books.  And in just one hour Victor Villaseñor sold out boxes and boxes of books. I then discreetly pointed to René and James who were sitting to the right of me and said, “I hear you. Those two are the real deal in Latino Children’s Publishing.” 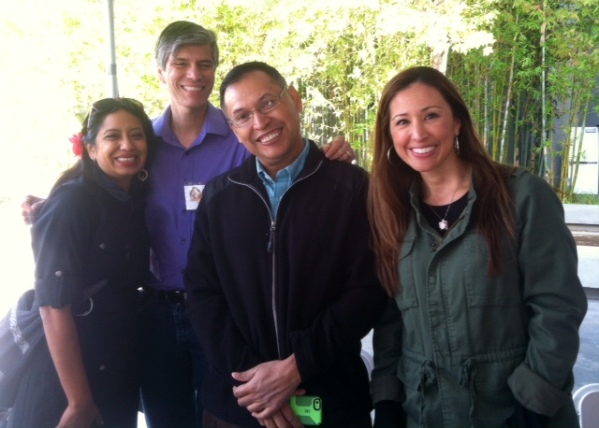 I also had the pleasure of meeting Malín Alegría, an established Latina YA author who’s written a bunch of books as well – like the Border Town series.  And while we newbies sat amidst these established and recognized authors, I noticed how humble and unassuming they all were. They didn’t once mention any of the accolades their books had received. They didn’t bring an entourage or display a lavish signing area. It was just them, their books and a pen for signing. But what they did bring to the book festival was an ernest desire to encourage others about the power of telling one’s own story, of writing it and sharing it.